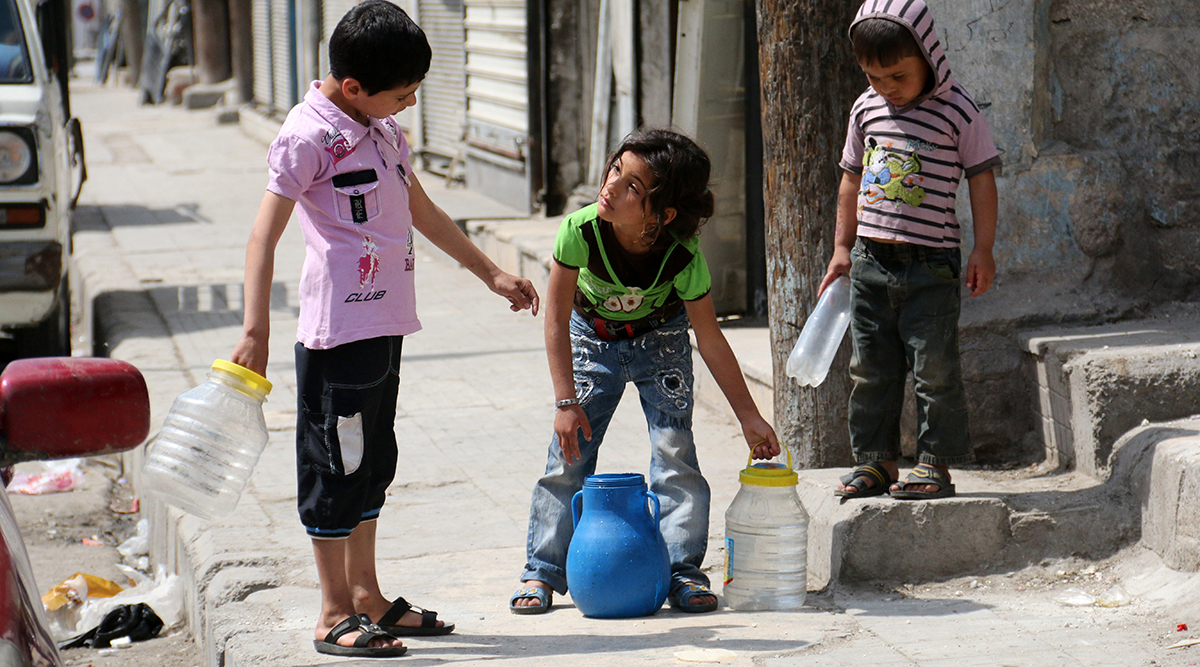 Children carry buckets of water in a rebel-held area in Aleppo on May 12, 2014. Residents of Syria’s second city Aleppo have been without water for more than a week because jihadists have cut supplies into rebel and regime-held areas, the Syrian Observatory for Human Rights said on May 10. AFP PHOTO/ZEIN AL-RIFAI (Photo credit should read ZEIN AL-RIFAI/AFP/Getty Images)