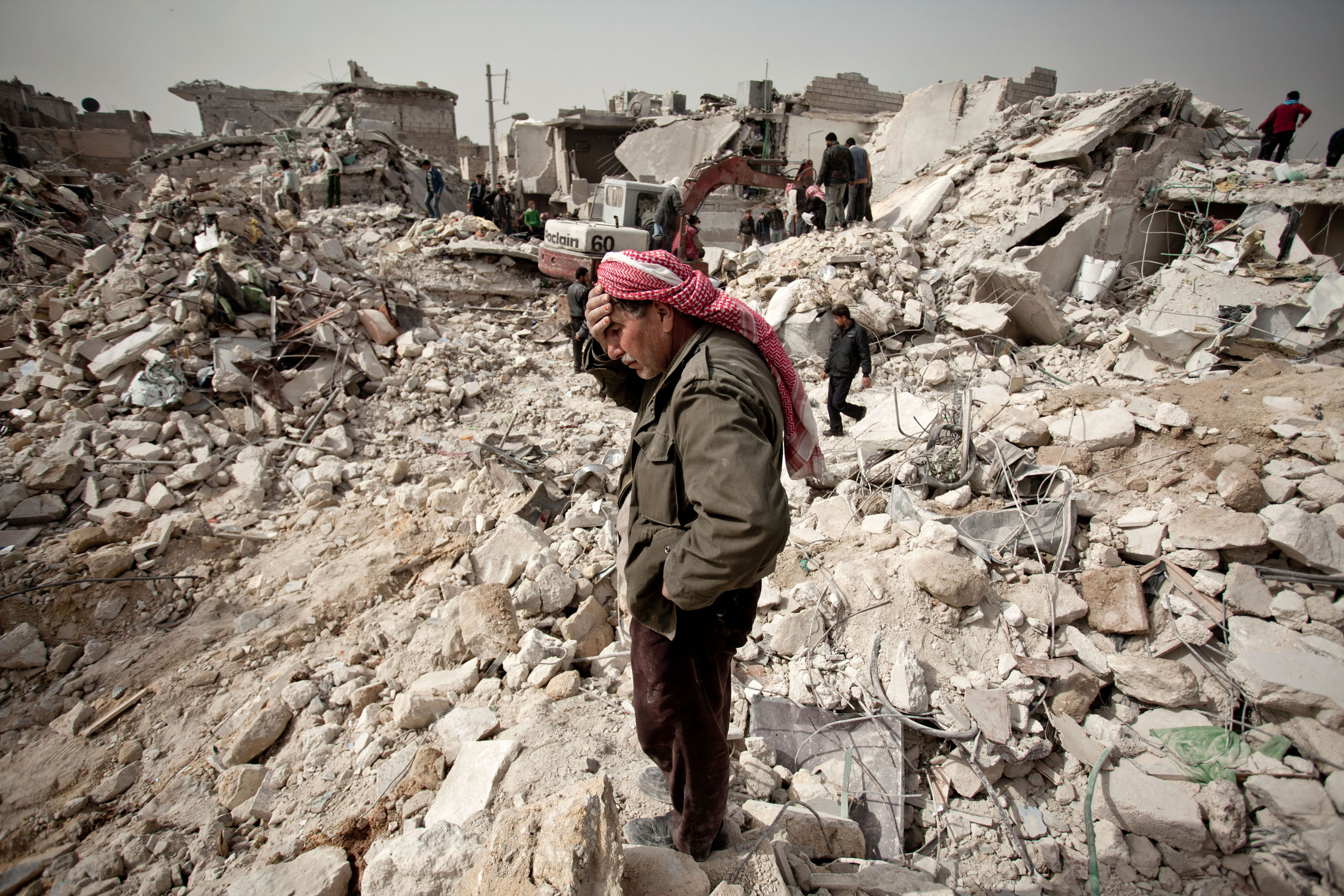 A Syrian man reacts while standing on the rubble of his house while others look for survivors and bodies in the Tariq al-Bab district of the northern city of Aleppo on February 23, 2013. Three surface-to-surface missiles fired by Syrian regime forces in Aleppo’s Tariq al-Bab district have left 58 people dead, among them 36 children, the Syrian Observatory for Human Rights said on February 24. AFP PHOTO/PABLO TOSCO (Photo credit should read Pablo Tosco/AFP/Getty Images)